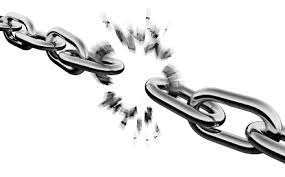 One of the most challenging issues I face in my work with clergy sexual misconduct and church conflict is forgiveness. How many times have I heard something along the lines of “The scriptures instruct us to forgive one another, you should forgive her and just get over it” or “I know I will never be truly free and healed until I forgive him, but I just can’t do it. He destroyed my life and my best friend took his own life because of him, he has never acknowledged the wrong, even in prison. I can’t forgive him and I am stuck.”

Compared to other elements pastoral teaching like the call to exercise compassion, kindness, justice-seeking and truth-telling, the biblical material relating to forgiveness is actually quite complex for several reasons.

There is no Greek word in the New Testament that neatly equates to what we in English have come to mean by forgiveness. When we use the term forgiveness, we have a definite moral process in mind This involves a person offended or hurt releasing another from the need to suffer or be held to account for an offence or injury they cause. In our understanding these can be any two people who are connected by a hurtful incident, action or injury.

In the New Testament, there are two primary terms which are translated into our English forgive.  The gospels (except for several occurrences in Luke) use a general everyday term ‘aphiemi‘. This verb has a wide range of meanings including to release from captivity or debt, to loosen bonds, to leave behind, to walk away from obligations as well as to forgive. It is used of Jesus preaching release to captives, the disciples leaving their nets, of leaving families for the sake of the kingdom, as well as releasing a person from debt as in the parables of the debtors. It is not primarily spiritual in nature and usually used in commercial sense. This is why the Lord’s prayer in many translations contains ‘forgive us our debts‘ (Matt 6:12, Luke 11:4). Of the 140 uses in the NT, only around 30% are commonly translated by our English forgive. An interesting observation many scholars have made is that it appears forgiveness can only given by a person in power (the lender) over another on the application by the debtor for mercy. It does not tend to be asked for when a more powerful person takes advantage of a less powerful person. This is because the commercial aspect is more in focus than moral or interpersonal.

The teaching on forgiving moral offences is limited but does imply that the sinner is always repentant. This is certainly the implication of Jesus’ teaching in Matt 18:21-22. God’s forgiveness of us is on the basis of our confession and repentance, this is also true of our forgiveness of others. It would appear there is no scriptural basis for forgiving others in our terms of releasing a moral debt without an offender’s repentance. Most evangelical Christians believe that while God’s love is universal for all, God’s forgiveness is conditional on confession and repentance and is not automatically granted to everyone regardless of their belief and repentance. We need to be cautious if the teaching we extrapolate from the gospels inclines us to ask of Christians (forgive everyone everything whether they repent or not) exactly what we understand God does not do.

Note: the one exception to this in the scriptures is Jesus’ prayer in Luke 23:34, Father forgive, them. They do not know what they are doing. First Jesus in his vulnerability does not forgive them himself but asks the Father. Second, the request is made precisely because they have no idea of what is really unfolding in the death of Jesus, the son of God. They do not know the whole story, so do not know their part it or their level of responsibility. This implication is also clear, that if this was a different situation and they did know what they were doing, they would be held to account. 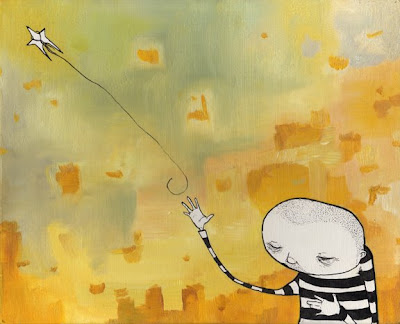 The term aphiemi allows us to consider another type of forgiveness altogether. This is not the same as releasing the moral debt in our conventional understanding. New Testament forgiveness can also include ‘leaving behind’ or ‘walking away from obligations.’ It becomes possible for a person to leave the issue of justice and calling the offence to account in the hands of God and to make a decision to ‘let it go’. This is also Biblical but does not mean what we commonly mean by forgiveness – a cancellation of the offence. The offence remains before God crying out for justice, but the person hurt is enabled to move on with their own healing by letting it go themselves.

Paul (and Luke on a couple of occasions), quite likely because of the broad nature of aphiemi, generally prefers to use quite a different term in his writings. In fact he does not refer to aphiemi at any point. He links generosity and graciousness by consistently using ‘charizomai’ when he teaches on forgiveness. This word from the stem of the word charis (grace) is the underlying term for forgiveness in Paul’s writing. Charizomai is clearly mutual in a way aphiemi is not. It is an extension of God’s grace that flows from God through us to each other as we are gentle, kind and compassionate to each other (Eph 4:32, Col 3:13). This type of forgiveness should be offered in the context of community as brothers and sisters work and serve together, sometimes hurting each other, speaking truth to each other, apologising and seeking forgiveness. It does not have in mind or context the deep issues of sexual or physical abuse and betrayal of trust relationships.

Ministering forgiveness
Pastorally as we work with people who have been deeply hurt we need to distinguish several dimensions of the offence – forgiveness paradigm.

There is a very significant difference between situations of abuse or power and trust and the mutual forgiveness paradigm that Paul in particular and in places the Gospels have in mind in the teaching on forgiveness. We should not expect forgiveness in our English moral sense of the word in these circumstances. The occasional stories of women forgiving and marrying their daughter’s repentant killers are huge exceptions and should never be upheld as spiritual ideals.

While it is possible to pray for those who have deeply abused or damaged others, the idea that they should be forgiven as a matter of course has a very doubtful Biblical basis. The only circumstances in which this might be warranted is full repentance and restitution along with disciplinary action and removal of the power relationship with the victim.

We need to be cautious and careful in responding to questions around forgiveness as there are many myths built on our English understanding being read back into the Biblical texts making them say things they do not actually teach.

In most situations there is little or no repentance on the part of a abusive perpetrator. It is important then to realise the difference between an offence or injury committed for which there needs to be justice and the spiritual, emotional, physical trauma and pain experienced by the victim for which there needs to be healing. While the two are linked, they need to be disconnected for healing be possible in most circumstances. The false idea that forgiveness (in terms of cancelling the offence) is required for healing gets in the road of recovery for many people. Healing and a form of ‘letting go’ forgiveness (in terms of leaving it in the hands of God) is possible for many people as long as it does not mean they are saying it is all OK. What happened is not OK, it never will be, it need to be dealt with but it must be let go of for the good of the victim. This is often the needed realisation for a person to move forward in the journey of recovery.

Healing services and counselling for primary and secondary victims can often helpfully employ the “leaving behind”, “release from captivity”, “letting go” imagery which allows individuals healing but also preserves the need for truth-telling and justice before God and society for the perpetrator.

A common myth of forgiveness is that it is a quick, once for all event. Forgiveness is a complex and long journey which requires increasing levels of self-awareness and awareness of justice. It may move through a number of stages and phases before it is complete.

A further distinction in forgiveness is that reconciliation and restoration are not the same thing. It is possible by confession, repentance and forgiveness to be put back into a right relationship or be reconciled with another person. That is, there is nothing outstanding between the two. However this is not the same as being able to restore what was a high trust relationship. When trust has been broken, repentance and forgiveness create the environment in which it is possible for this to redevelop but it is not that restoration itself. In close family relationships where people spend a lot of time together, trust can redevelop over time. For many people, however, reconciliation may occur, but life circumstances move on, people now move in different circles and while the relationship is reconciled, it is never ‘restored’ to what it previously was. This is not ‘lack of forgiveness’ it is simply life.

Steps to forgiveness when there is real repentance:

Steps to forgiveness when there is no acknowledgement:

In summary, it appears to me, as I work in this area we need to make some clear distinctions which help us work through this pastoral questions.

4 Distinctions we need to keep in mind

2.  There is an important distinction between the offence which requires justice and my own hurt, pain and suffering which needs healing.  If I lock the two together, I may never be able to get healing.  I need to be able to leave the need for full justice in the hands of God ‘letting it go’ and get on with taking responsibility for my own survival, recovery and healing.

3.  There is a distinction between mutual relational breakdowns which carry the need for Paul’s mutual forgiveness (charizomai) and the kind of forgiveness (aphiemi) in the gospels which involve a needy person (debtor) seeking the mercy of a greater (lender), the lender can forgive on the request for mercy from the debtor.  It is then incumbent on the forgiven debtor (now as a lender) to respond with mercy to those who are debtors to him as a lender.  It is unclear how this relates to a person in power abusing a victim.  There does not appear to be any teaching which would require forgiveness from a victim as the injured party in a case of abuse.  The offence is an exploitative action against a needy victim and against God’s justice.  In these cases, the defense of the oppressed and exploited sits with God and with the authorities of justice God has established.

4.  Reconciliation needs to be differentiated from restoration.  Reconciliation means the relationship is now put right.  Restoration is the return of the level of trust which once characterised the relationship.  In situations of no repentance, we can eventually arrive at the place of being open to reconciliation should the person ever repent and seek forgiveness.  We are called upon as Christians to enter the journey of reconciliation if there is repentance and confession on the part of another.  However the journey of restoration depends on trust and this is quite a different scenario.  Nowhere is there a command we be restored to the same level of trust in relationship with another person, even if they do repent.